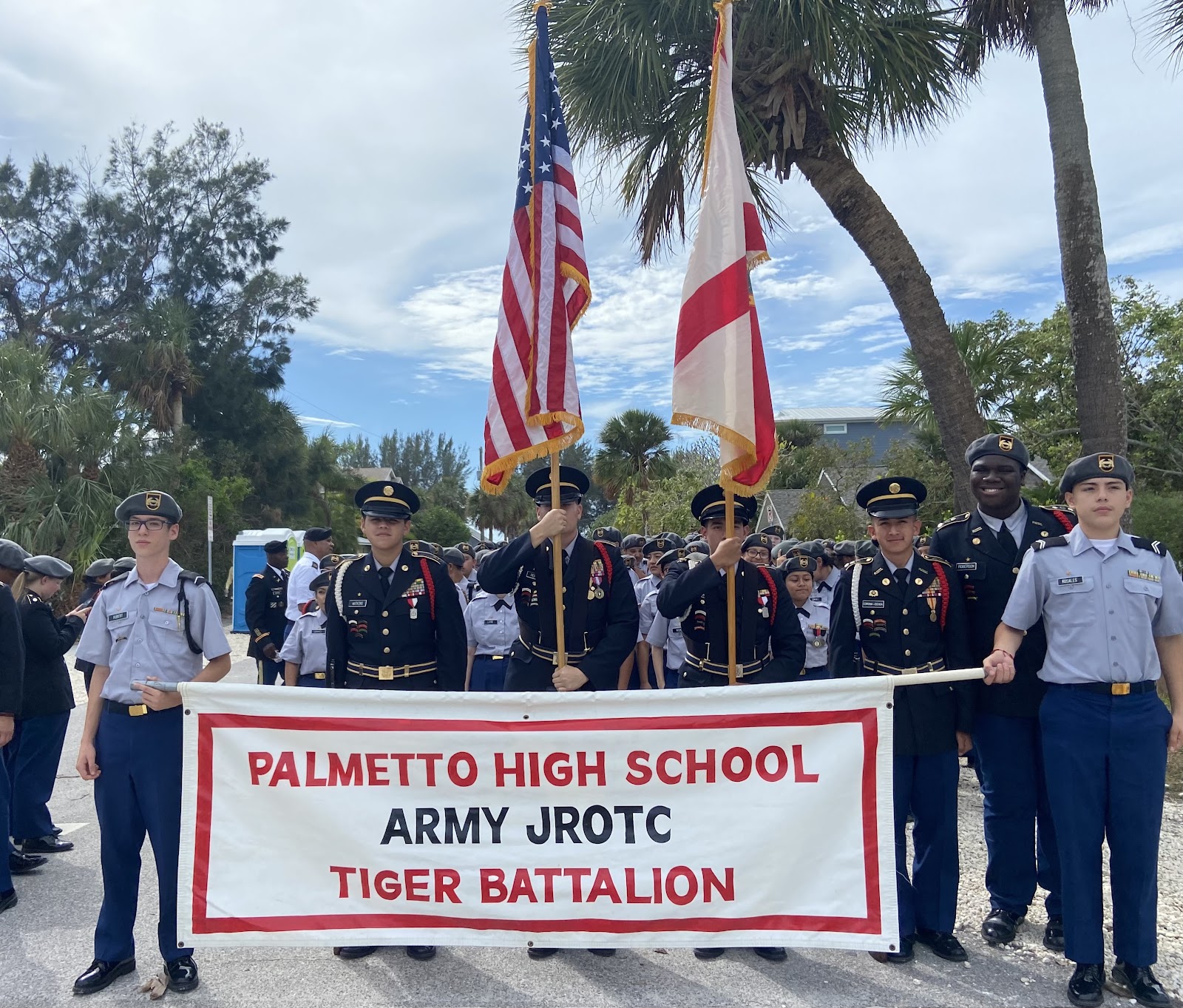 November 11th is a day that America comes together to honor the people who have passed or present served for the United States military. On this day in 1918, World War 1 came to an end. The end of a long and beating war, a war where our country lost 116,516 soldiers.

To honor our veterans and all of the honorable people who have served to defend our country, Palmetto High School along with neighboring schools: Lakewood Ranch, Manatee, Southeast, and Braden River had their JROTC programs march from city hall, 10005 Gulf drive to Anna Maria’s City Pier Park, 103 N. Bay Blvd. This parade began at 1 p.m Friday, Nov. 11. Alongside JROTC, the Palmetto High’s marching bands also marched.