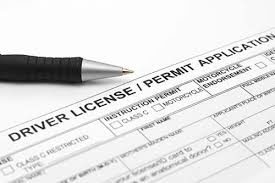 This started last month when the state of Georgia waived their road tests requirements for most drivers to help fight the spread of  the Coronavirus. Just by early may the state said it issued thousands of driver’s licenses to teenagers without taking one. All the teens would need to provide is an affidavit from a parent, guardian or driving instructor indicating they had completed at least 40 hours of supervise driving. A clean driving record for the past year and permit holders 18 years and older could sign for themselves. The drivers still have to pay the fees.

You would imagine the outcome of this would be pretty messy and chaotic. although Georgia claims that ‘the teens all held permits and had completed the states’s mandatory driver education requirements.” according to the New York times.

Many worry that the results of this could to “catastrophic”. Georgia is not the only place doing this, Wisconsin is doing something similar as well. This is all to prevent the spread of corona but, is it worth the risk?

If this were to happen in palmetto, we would all be in danger because of the inexperienced drivers on the road.