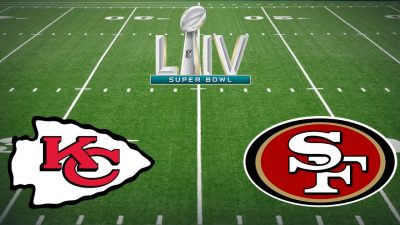 Jimmy Garoppolo was asked about the Kansas City defense and he responded with: “Talented group. It starts up front. (Kansas City Chiefs DT Chris Jones) No. 95, (Kansas City Chiefs DE Frank Clark) No. 55, they’ve got other guys that could get after it, too. But, their overall team speed, they mix it up in overages. They don’t really, they’re trying not to give you anything easy. So, it makes it difficult.”

The 49ers have a very strong defense. They are led by arguably the best defensive line in the NFL with Nick Bosa, DeForest Buckner, Dee Ford, and Arik Armstead.

On the other side, Kansas City is led by last years’ MVP Quarterback Patrick Mahomes. Mahomes is now the face of the NFL and the cover athlete of Madden NFL 20. Kansas City has a very explosive offense with the likes of Tyreek Hill, Sammy Watkins and Travis Kelce. Fun fact about the Chiefs is that they have the highest average ball carrier speed in the league at an average of 13.4 mph. Their defense has also been very strong with Tyrann Mathieu controlling the secondary.

While the narrative of the “Best offense vs Best Defense” is true, the stats have shown that the Chiefs’ defense has allowed less points than the 49ers and the 49ers have scored more points on offense than the Chiefs. This just goes to show just how well rounded each of  these teams are. This Super Bowl is going to be an exciting one with the 49ers tough defense and the Chiefs explosive offense. Get your popcorn ready.