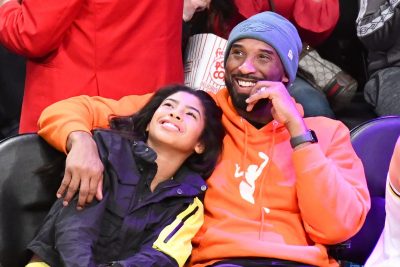 Lakers legend Kobe Bryant, along with his daughter and 7 others have died in a helicopter crash on Sunday, January 26th. He did so much for the game of basketball and helped to inspire many people around the world. His work ethic showed fans how dedicated he was to the game. Even after he had retired from the NBA after a long 20 year career, he still changed how the game was played. His daughter, Gianna Bryant, was just 13 years old. Her dream was to play in the WNBA and with the work ethic of her father, she looked like she was gonna make it there.

The others who had passed away was Orange Coast College baseball coach John Altobelli, his wife Keri, and their daughter Alyssa. Christina Mauser, the assistant basketball coach of a girls basketball team at the Mamba Sports Academy, was also in the crash. Kobe Bryant was on his way to coach his daughters travel basketball game.

Many NBA players and other celebrities mourned the death of Kobe Bryant. As many NBA games started with a 24 shot clock violation to honor Kobe and others took an 8 second back court violation, as Kobe wore both numbers 8 and 24 in his long career.

Longtime teammate and friend Shaquille O’Neal tweeted about his death saying, “There’s no words to express the pain I’m going through with this tragedy of loosing my niece Gigi and my brother (Kobe Bryant). I love u and u will be missed.”

NBA Legend Michael Jordan said, “I am in shock over the tragic news of Kobe’s and Gianna’s passing. Words can’t describe the pain I’m feeling. I loved Kobe he was like a little brother to me. We used to talk often, and I will miss those conversations very much.He was a fierce competitor, one of the greats of the game and a creative force. Kobe was also an amazing dad who loved his family deeply and took great pride in his daughter’s love for the game of basketball.”

Many people will miss Kobe and his legacy that he left for the game, and everyone who was in the helicopter crash may rest in peace. They are gone, but will never be forgotten.