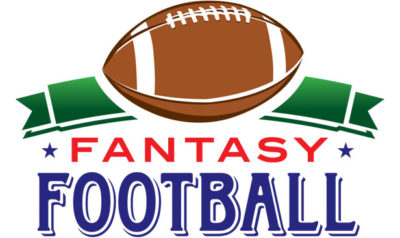 As an NFL fan, NFL Fantasy Football is the most fun and stressful thing on this Earth. Fantasy Football not only helps you learn about the game, it also keeps you involved with the NFL and you have to use strategies to help you win your league.

I personally have been playing Fantasy Football for 3 years with my dad and his buddies. The fun part about Fantasy Football is “the draft”. The draft is where you can draft players from the NFL on your own team, kinda like the actual NFL draft. This is the fun part because this is where your season starts, people say you don’t win leagues from the draft, which I totally agree with. You could go 0-5 the first 5 weeks and still win the championship by adding more players to your roster from the “Waiver Wire” which is basically players who aren’t on a team in your league.

Fantasy Football can also be very stressful, a lot of football fans can relate to this. It’s stressful because let’s say you’re down by 10 points and it’s the final game of the week and you have a team’s defense left to play and you need them to score 10 points or more to win the week. Watching your defense struggle can be very frustrating and you are just praying for a miracle. All of a sudden your defense gets an interception for a touchdown and you take the lead! You end up winning and it is honestly the best feeling ever.