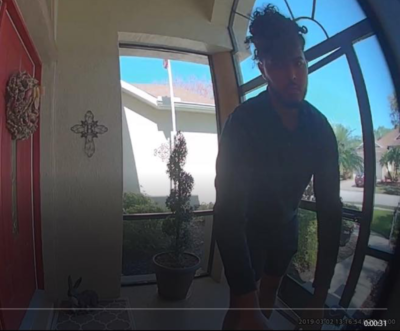 Recently, one of our students at Palmetto High School was put under a spotlight not too many people want to be under. Recently highlighted in the article “The Scoop on the Hoop: The Sequel,” in our school paper, Junior, Anis John, was recently put on blast for doing a good deed; but not everybody saw it as that, at first.

On a Saturday afternoon, a package was wrongly delivered to the home of Anis. His aunt opened the package thinking it was hers, and when she realized she never ordered it, she looked at the mailing address and saw that it was not hers to begin with. Since Anis was doing nothing, his aunt and uncle made him walk across the neighborhood to hand-deliver the package himself.

Walking to the house, Anis put on snapchat that he was walking the package to the house, and how far across the neighborhood it was. When he got to the house he noticed on the screen door that there was a note left and it said to leave the package inside, so, following their instructions, he put it inside that section of the house. After walking on a hot day, and giving the package to the fellow neighbor, Anis felt good with himself knowing that he just did a good thing. Things took a bit of a turn that night as the ‘fellow neighbor’ did not see it as the good deed it actually was.

On Facebook, the Manatee County Sheriffs Office (MCSO) page had a screenshot of his face and a subtitle saying “this person has attempted a broad daylight robbery.” Everyone of his friends were shocked by this post. Everybody that has Anis on snapchat knew this was a big mix up because of the video he posted earlier, but the public did not know that. MCSO asked if people knew him, and if they knew why he had any intentions of doing such a thing. Anis and his family quickly went to the comments to clear the whole situation up, and then the next day, MCSO put up another update that he was just doing the right thing in delivering the package.

The whole thing blew up so much that Fox 13 News asked him and his family to do an interview on the whole situation. The news highlighted how he was an athlete and applauded him for doing the right thing. It also showed how he felt about the whole situation, saying he thought it was a joke as it was first brought to his attention, then when he found out the matter was serious, he was kind of afraid because he knew what he did was an act of kindness, but didn’t know what the MCSO was going to do. We, the Palmetto Tigers, want to thank you, Anis, for being such a good person.