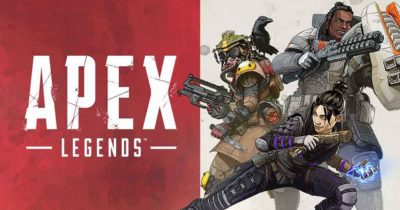 Since the release of Fortnite Battle Royale, there has not really been any other Battle Royale oriented game that has had such an impact in the gaming community. Other Battle Royales such as PUBG and Call of Duty Blackout, have been released as well and have been good contenders but were never able to be much of a threat to the reign of Fortnite. However things changed on February 5th, when Respawn Entertainment released a new game: Apex Legends. It  immediately gained popularity. In fact, in less than 8 hours of launch, Apex Legends had over 1 million players and by the end of the first day it had more than doubled that. After the first week it launched, the game had over 25 million players

Apex Legends takes place in the same universe as Titanfall, just 30 years after all those events. Apex Legends still holds on to that fast pace action part that Respawn games have been known to have. A lot of the game is similar to most other Battle Royales, but it also tends to stick out from the others in small ways. Each game only holds up to 60 people when usually these types of games hold 100 players. It also does not have a solo or duo mode, so you can only play in trios with friends or random players. A great feature of the game is that falling from high places inflicts no damage whatsoever. They have also implicated a revive system that allows you to respawn teammates, as long as you go to their dead crate and retrieve their banner within 90 seconds, they can be brought back into the fight for a second chance.

When you first load up for a game, you have to choose a specialist known as a legend. Legends in a way give you this Black Ops 4 / Overwatch feeling. They each have a unique passive, ultimate, and secondary ability that all affect the aspect of the game. It also meshes in the whole flying dynamic, floor sliding and floor looting part of Blackout. While it may seem like a copy of Blackout, it is mainly focused off the old dynamics of Respawns other games. Also when it comes to looting other people and fixing your inventory, it is more user friendly because it lists everything to see, shows when your backpack is losing space, and also what is useful and is not useful by placing a circle with a line through it. At first when you drop in, it may seem very slow and uneventful but as soon as the zone starts closing and force you to move in closer it becomes a fast paced, nonstop, action packed game that keeps you focused. Multiple high tier gamers have become very encaptured in how fun, competitive and crazy the game can be. Even IGN (Imagine Games Network) which is known for reviewing all the newest games, has recognized Apex Legends as one of the most refined and entertaining battle royale games they have ever played.