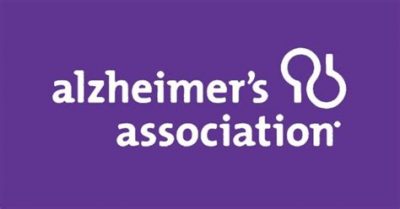 The cause of Alzheimer’s Disease is still unknown to scientists. The disease currently effects 5.7 million Americans, according to the Alzheimer’s Association. The disease slowly deteriorates a persons ability to think and their memory. There is no way to prevent the development of the disease, no way to slow its progression and no existing cure yet.

According to the Alzheimer’s Association, “every 65 seconds another diagnosis of the disease is made and by midcentury AD is supposed to become even more common.” Alzheimer’s is more commonly found in elders. It was discovered in 1906, but did not start to get awareness until the 80s. It was discovered by Dr. Alhois Alzheimer who noticed a shrunken nerve cell within the brain of a postmortem patient. Although the cause is unknown, the most widely believed theory is that is from “plaques and tangles”.

There are many possible causes of this disease which is why it is so hard to pinpoint what it could actually be. Dr. Leslie Norins became particularly invested in finding the cause of this disease so a cure can be much sooner discovered as AD becomes more common. He started a foundation called the Alzheimer’s Germ Quest in which he is offering a 1 million dollar award. There are about 22 researchers who have signed up for his quest.

“I am not ‘guessing’ that Alzheimer’s Disease is caused by a germ, I am only saying it might be, and there is so much death and suffering at stake that we need to find out, one way or another,” said Leslie Norins. The city of Naples, Florida is where he currently resides and he noticed more and more Naples’s residents were being diagnosed with AD so, out of curiosity he decided to educate himself on the disease. Norins worked with infectious diseases for quite some time in his life and began to wonder if germs could possibly be a factor.

Corey Funk, a senior scientist at the Institute for Systems Biology said  the human genome is “littered with remnants of human viruses.” On a side note, many serious diseases have been caused by a germ like AIDS, Malaria and Tuberculosis. This scientist recently participated in a research study in the journal, Neuron, and his findings were that strains of the herpes virus are found in people with Alzheimer’s Disease. Currently Norins is giving researches a 3 year period, “The Goldilocks Duration”, to gather evidence. Research is still going on and scientists are getting closer to finding the cause of Alzheimer’s Disease so they can start preventing it and hopefully in the near future, come up with a cure.