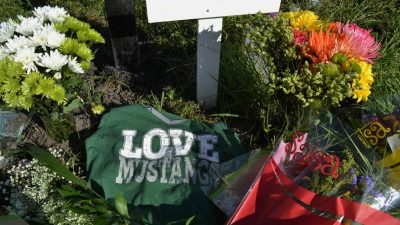 At 7:38 P.M. on September 15th, Chase Conyer and Matthew Powers of Lakewood Ranch High School were killed in a car accident on their way to homecoming. The high-speed collision occurred between Conyer’s Honda Accord and Dallas Gross’s Dodge Ram when Conyer was turning off of State Road 64. The tragic accident resulted in the immediate passing of Chase Conyer and Matthew Powers and left Ayla Gross, Dallas Gross’s daughter and passenger, in critical condition while Dallas Gross suffered minor injuries.
The passing of Chase and Matthew has already had a large effect on the community.Lakewood’s band teacher, Ron Lambert, posted a tribute for Powers on Facebook expressing his sympathy and stating that grief counselors will be present at Lakewood Ranch High School for all those affected. Alya Gross’s condition has not been made publicly available by her family as of yet, but we here at the Prowl wish her a swift and full recovery.
If you wish to help the families involved, there are several upcoming events to commemorate Chase and Matthew’s lives. Additionally, direct donations can be made to the Powers family via mealtrain.com.