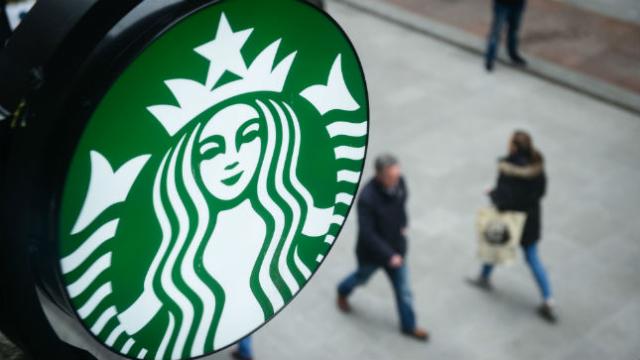 On July 9th Starbucks took a monumental step towards reducing plastic pollution. Starbucks announced that by 2020 all stores will phase out single use plastic straws. Starbucks which has always openly advertised its commitment towards sustainable solutions. Starbucks instead has replaced single use straws with a new lid that can be described as an “adult sippy cup”. The cups will come with every cold drink that Starbucks has to offer, whether ice coffee, refreshers, tea, and espressos. Starbucks hopes the revolutionary changes will remove the need and use for more than one billion plastic straws per year, thus preventing the pollution that straws bring to the environment annually.

“Not using a straw is the best thing we can do for the environment.” says Starbucks Vice-President, Colleen Chapman

The US alone has been estimated to use over 500 million plastic straws everyday. Many straws after use end up in landfills, due to their inability to be easily recycled, where they take thousands of years to decompose or in our oceans where they are at risk of being ingested by marine animals, which can later pollute humans who eat the contaminated fish. Straws are also the 11th most common trash items to be found in the oceans. Starbucks has been met with overwhelming support from organisations such as The World Wildlife Fund. To date it is estimated that over 6.3 billion tons worth of straws haven’t been recycled.

“For our partners and customers, this is a significant milestone to achieve our global aspiration of sustainable coffee, served to our customers in more sustainable ways,” Says President and CEO of Starbucks, Kevin Johnson.

Starbucks however has been met with opposition due to its decision of eliminating straws. People with medical disabilities often rely on straws to ensure they can safely drink and swallow. Parents also worry about their children spilling their drinks without straws or drivers worry about their drinks spilling in their cars. Starbucks luckily has taken these thoughts into consideration.

“We will still offer a straw option in stores, made of an alternative material such as paper or compostable plastic. Customers will be able to request this straw if they prefer or need one, and it will come standard with Frappuccino blended beverages,” Says Starbucks in a tweet.

Starbucks has also been called hypocritical for eliminating the use of straws as many point out that eliminating plastic straws and replacing them with plastic lids does not eliminate the problem of plastic pollution. However, while most people believe that straws can be recycled they are actually very difficult to not only sort but process due to the type of plastic that they are made from, some recycling plants do not have the means of breaking down the type 5 plastic that the majority of straws are made from. The new plastic lids will be easier to process and break down by the majority of recycling plants when compared to straws.

“Unlike cups or lids, recycling straws just isn’t possible because of their weight and size, despite the very best intentions,” Says Starbucks in yet another tweet defending its decision.

Starbucks(which has been referred to as one of the largest food and drink retailer), brings hope to many environmentalist around the globe in hopes that other companies will begin the change in bettering our environment by implementing safer and more sustainable practices, even if just one store at a time.

For those who wish to do more on their own while other companies make the decision to keep or replace straws, they can reduce their environmental impact by denying straws and instead replacing the single use plastic straws with their own metal reusable straws or even biodegradable straws which can be purchased in bulk online or in stores.