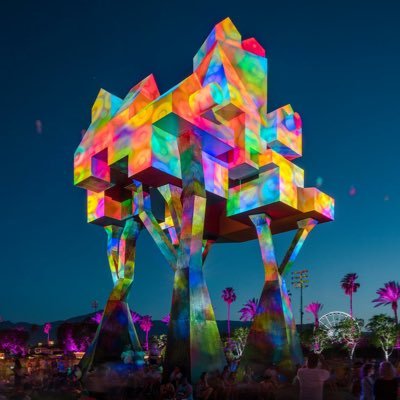 Coachella is a synonymous name between all hipsters, music-lovers, wanna be youtubers, and party-goers alike.  The popular music and arts festival in Coachella Valley, California kicks off the summer music festival season in the U.S.. This year, it took place from Friday April 13th to Sunday April 22nd. It featured performances from some of the biggest names of 2018 and fresh artwork from up and coming artists from all over the United States. Some of the biggest names include Beyoncé, SZA, The Weekend, Post Malone, Migos, Eminem, Cardi B, and so many others. It may seem like all fun and games, but to take part in this coveted event would have cost you dearly. General Admission tickets cost between 429  and 504 dollars per ticket (the V.I.P. tickets costing $999), and did not include transportation, food, drink, living space, or other essentials. While the opportunity to visit Coachella might have put you on the top of your social ladder, it might have just broken your bank in the process. The good news is, you would have had plenty of stories to tell your children about your adventures in Coachella ranging from a yodeling kid hanging out with Justin Beiber, to Beyoncé’s total takeover, to celebrity fails and crazy attendants making Coachella  an unforgettable two weeks.