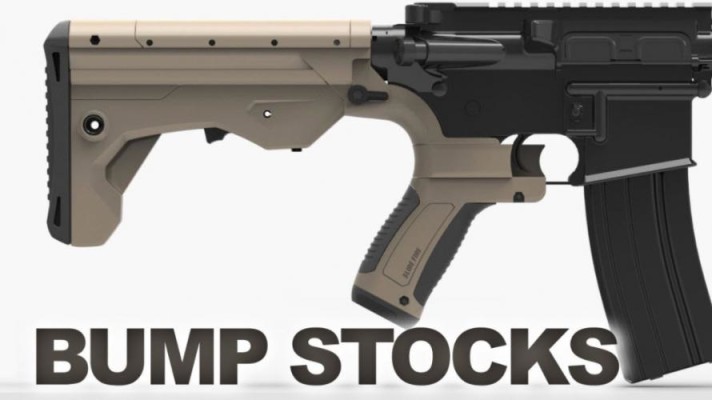 Due to recent public outcry of harsher gun control, President, Donald Trump has called for a ban on bump stocks and has called for other forms of gun control, such as toughing background checks to get guns. A bump stock is a device that attaches to semi-automatic fire arm and uses the recoil of the weapon to make the fire arm fully automatic. The device was utilize in The Las Vegas Shooting in 2017 which claimed the lives of 58 people(not including the gunman) and injured 422 people.

“He(Stephen Paddock) was using bump stocks in Las Vegas, as you know. So, I’m getting rid of them.” says President, Donald Trump.

The banning of Bump Stocks have been fraught with controversy mainly by the NRA(National Rifle Association), however, bump stocks are not a fire arm. The Department of Justice has claimed it does not have the right or authority to regulate parts of fire arms and other accessories of fire arms.

Trump has also sought to pass through a legislative bill that would raise the age restriction on being able to buy an assault and call for stricter background checks for those trying to obtain a firearm. Florida Governor, Rick Scott after the events of Stoneman Douglas High School shooting has proposed to raise the age restriction of purchasing fire arms to 21 in Florida. People across the state have called for a ban of assault weapons which the Florida House denied 71-36.