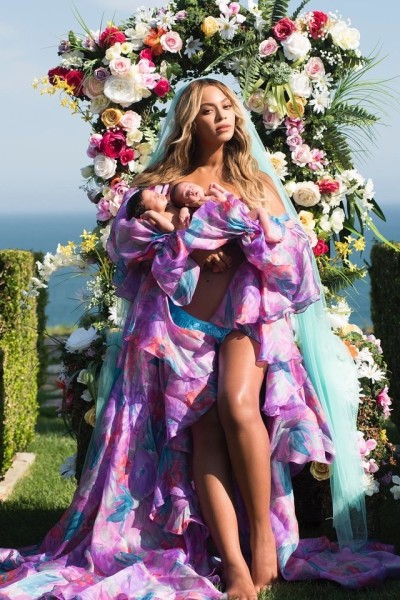 Since the announcement of her pregnancy on February 1st, 2017, the whole world has been captivated by Beyoncé’s twins. In fact, the Instagram post that was used to announce her unborn additions quickly became the most liked post on the social media platform. While the title was since then lost to Kylie Jenner, the post still holds a whopping 11 million likes, proving the public’s strong obsession.

Sir and Rumi Carter were born on June 13th, 5:13. Rumi, the girl was born first and Sir, the boy was soon to follow. Their birth was covered in secrecy, and was not announced until a month later when the pop legend took to Instagram to debut her new born twins. Some may have even forgotten that they existed. Since then though, the public has seen little to none of the twins. The only sightings of the twins was in mid-November, when paparazzi pictures of the twins were taken in Miami. Many feel that Beyoncé and Jay-Z opted out of having Rumi and Sir out of the limelight after seeing the public’s reaction to their first born, Blue Ivy Carter. Blue was exposed to an unnerving amount of hate and bullying after she was born, even though she was only a baby. Blue also has been seen ample times since the birth of the twins. From award shows to paparazzi photos, she is no stranger to being the center of attention. While the reason for the twin’s disappearance is unknown, it is only fair to respect their privacy as they mature and grow into their legendary family name.