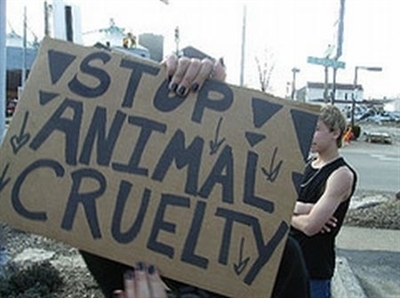 On Monday, August 21st, there is set to be protests about two separate issues in our county.

Starting at 11 a.m. on Monday the people behind the Facebook page, “Protest Against Animal Abuse/ Deliver the Shark Petition,” will stage a protest against the Florida Fishermen who allegedly drug a shark behind their boat and allegedly abused other Florida Wildlife. The owners of the page claim to have a petition of over 250,000 signatures. The petition requests that the men be indicted with a violation of Florida Statute 828.12 Section 2, which has to do with the laws against intentionally hurting an animal which causes cruel death or unnecessary pain and suffering.

The petition will be presented to the Manatee County Building Department on Manatee Avenue in Downtown Bradenton. The page says the event will begin at 11 a.m. on Monday and conclude at 1 p.m., with the petition being delivered at 12 p.m. The petitioners ask for everyone attending to arrive early and, “bring your signs to protest in the courtyard facing the building.” The protesters say that although the county will not allow them to have a formal meeting or discussion about the petition, their “peaceful and vigilant presence will speak volumes.”

Later on Monday, there will be a protest against the Confederate Soldier Memorial on the Manatee County Courthouse grounds that will also be in Downtown Bradenton. There are multiple activist groups that have Facebook pages for the event, but they all say that the event will start at 6:30 PM at Bradenton Riverwalk from where they will then march Downtown to the court house. The protesters say that the protest has been organized in response to the events in Charlottesville, Virginia. The protesters call for the removal of the monument from the courthouse grounds because the judicial center is supposed to stand for justice an unity, and the Civil war was a time of inequality and separatism. On Friday afternoon the Manatee County Commission held an emergency meeting at 3 p.m. to discuss the possible safety issues that may come with the protest. Groups that are against the removal of the Confederate Monument are planning a counter-protest at the same time. The Manatee County Sheriff’s Office sent a representative to the meeting to discuss the safety issues. The representative said that the Sheriff’s Office is, “Hoping for a peaceful demonstration.” The representative made no comment on whether the Sheriff would like the monument removed because he did not have the right to comment on behalf of the Sheriff. The Sheriff’s representative said that he and the Sheriff only discussed the possible safety issues with the protests because there is a chance it can violent, and their strategy for handling it. In the meeting a motion was presented to remove the monument temporarily, but it was denied 4-3. Instead the commissioners decided to shroud the monument on Monday, to protect it from possible defacement and other harm. The United Daughter’s of the Confederacy asked the County to protect the Monument because their Chapter was the one that put it there in 1924, where it has stood for 93 years without protest. Because there are multiple Facebook pages for the protest, there is not a reliable count of participants that will be there. However, at the meeting Friday, Commissioner Johnson said that by calling an emergency meeting about the protests, they were simply, “Putting gasoline on the fire,” and giving the protests unnecessary publicity. The protest for the removal of the monument will start at 6:30 p.m. at Bradenton Riverwalk, from where the group will then march Downtown to the Manatee County Courthouse where the monument is situated. The groups against the removal of the monument plan to counter-protest at the same time and they also will be Downtown. While the county plans to shroud the Monument, it raises the question of how the the County will go about the Monument’s protection or its possible removal.