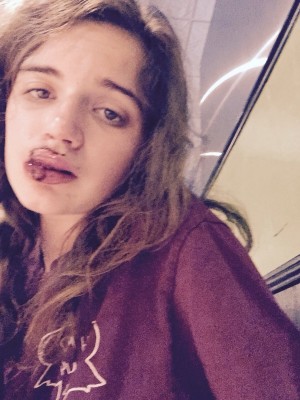 According to Google, the definition of catcalling is to “make a whistle, shout, or comment of a sexual nature to a woman passing by,“.

If you were to ask a teenage girl today how she feels about ‘catcalling’, I bet you that ninety-nine percent of those you asked would call the action absolutely disgusting.

However, if you were to ask a teenage boy today how he feels about catcalling, I bet you that ninety-nine percent of those you asked would either laugh, tell you that it is “not really a big deal”, or call it a form of ‘flattery’.

Catcalling is not flattery.  I would like to state this as simply and blatantly as I can.  Catcalling is not a joke, it is not a compliment, it is not harmless.  When a man sees a woman he deems attractive walking down the street, he has been manicured by society to believe that it is acceptable to attain female attention by howling remarks at her and asking for her personal phone number.  He has had society’s support his entire life in acting as a sexual human being.

But to that woman walking down the street, who has had the idea that “if you show skin in public and a man notices you, you deserve whatever is coming your way” ingrained in her brain since she was old enough to retain- furthermore, the woman who has been told her entire life to avoid walking alone in public, wearing revealing clothes, and so forth as precaution because “boys will be boys”- catcalling is not acceptable.  It is not fun.  It is not flattering.  It does not feel ‘harmless’.

Catcalling is scary.  It triggers the female brain to momentarily panic- for this is what we have been taught usually precedes the onslaught of terrible and non-consensual things that can occur to young women today.

In fact, just this past month, 18 year old Jessica Byrnes-Laird experienced a viscous spout of harassment that started as ‘innocent’ catcalling.  Byrnes-Laird was reportedly waiting in her boyfriend’s car at a gas station while he ran inside to make a quick purchase.  With the windows down, Byrnes-Laird quickly found herself the center of attention for a group of young men.  She stated that she had been wearing  a bikini, as earlier that day she and her boyfriend had gone swimming.

The catcalling continued, and as Byrnes-Laird’s boyfriend returned to the car, the altercation became physical, with the 21 year old jumping to defend his girlfriend.  At some point during the fight (and apparently from out of view of any security cameras), one of the men threw a brass pipe at the car, entering the open passenger-side window and striking Byrnes-Laird directly in the mouth.  The incident managed to break 12 of her teeth, her lips ripped from her face.  Byrnes-Laird is now facing multiple surgeries, tooth implants, as well as medical bills that will be hard to pay on the student’s budget.

An innocent young woman has had her face and appearance permanently altered and has encountered a memory that will most likely go to haunt her for many years all due to the hormonal rage expressed by men who did not like how their ‘harmless flattery’ was reciprocated.  Catcalling is not harmless- and it is certainly not victimless.