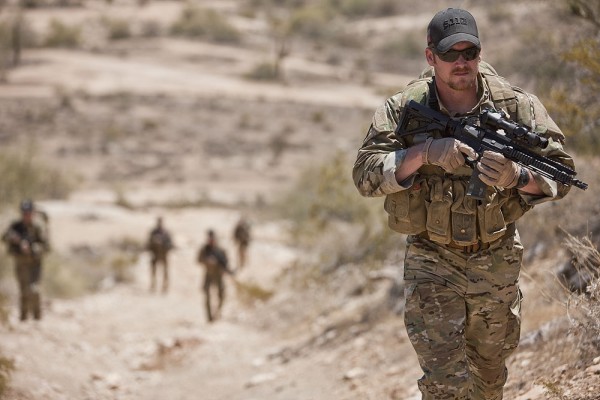 Chris Kyle, a Navy Seal from 1999-2009 depicted his time fighting insurgents in his book American Sniper.  He hit the nail on the head perfectly when he said, “these limitations that are put on the military just get more men killed.”   In the book, he talks about how he and his SEAL teammates were required to warn Al Qaeda members and even give them the option to surrender before they were allowed to engage.  This practice eliminates the extremely effective practice of Guerilla Warfare, something that Special Forces specialize in.  As a result of these practices, Taliban members were able to escape, and even suicide bomb numerous numbers of American forces.  Despite the setbacks of the war, people back home in the states did not seem to understand that these requirements were just getting our boys killed.

So the question remains: should terrorists be granted rights when they blatantly attack and try to kill American citizens?  The answer is no, they should not be granted rights and freedoms if they commit crimes against the state.  Lieutenant Colonel Gordon Cucullo, author of the book Inside Gitmo, depicted life in Guantánamo Bay prison camp.  In the book, he tells of captured terrorists throwing feces at the guards, and verbally condemning them in unimaginable ways, with obvious hate for Americans strewn across their faces.  These insurgents are dangerous to the welfare of our country.  Furthermore, these people should not be shown mercy, for they would show us none.

As a result of the push for the fair treatment of Insurgents, the terrorists now know that they can get away with more.  As a result, the American Justice system is no longer taken as seriously as it has been in the past.  Consequently, the confidence of terrorists groups increases majorly, for they know that the American suit and tie will protect them.  Until we reinstate our aggressiveness towards these evil people, we will never gain control of these terrorist groups.